daderaide Band Wagon
November 2018 in New User Introductions
Hello everyone! I'm stoked to finally be able to register for the forum (I've been trying for over a year but there has been an issue with the website that the admins only fixed recently) So, Hello!!

I got my first RT4WD wagon in 2013 but lost it in a bad breakup. Before that I had a few hatches, sedans and coupes. Mostly EG and a few EF but I always wanted a wagon! I grew up on the east coast and they're almost impossible to find out there. At least they were in DC 10 years ago for a 20-something kid with not much money.

Then my second wagon was Cody's lifted 91. It's a fun car! I made some changes and had a lot of problems with the axles that took me a few months to deal with. It had CRV suspension all the way around which made the ride REALLY stiff and was lifted so much it had almost zero rebound. So, I lowered it a little over an inch in the front and totally re-did the rear shocks with extended stock wagon strut and stock wagon spring and spacers. It sides really nice now. Anyway, Cody had it registered in Washington where you don't have to pass emissions but I'm in Portland and with no cat on the car i couldn't get it to pass. So the list of little fixes the thing needed just to keep on the road has been continually growing over the past year.

I decided I really wanted a daily driver and not a project or a money pit, so I started looking for something new. I feel like I hit the jackpot because the day I start looking, Mike's blue 91 with jackson racing supercharger was on craigslist! He wants a pretty steep price for it, but after seeing some build photos and talking to him on the phone about it, it was clear that the car was worth every penny! So now I'm scheduled to drive up to Seattle on Saturday to pick it up plus a bunch of his accessories. I'm stoked!!

I put my lifted wagon up for sale, but if I don't get any serious offers I've been thinking I'll just keep both and have the lifted one to beat up on the trail, and the blue one for my daily. 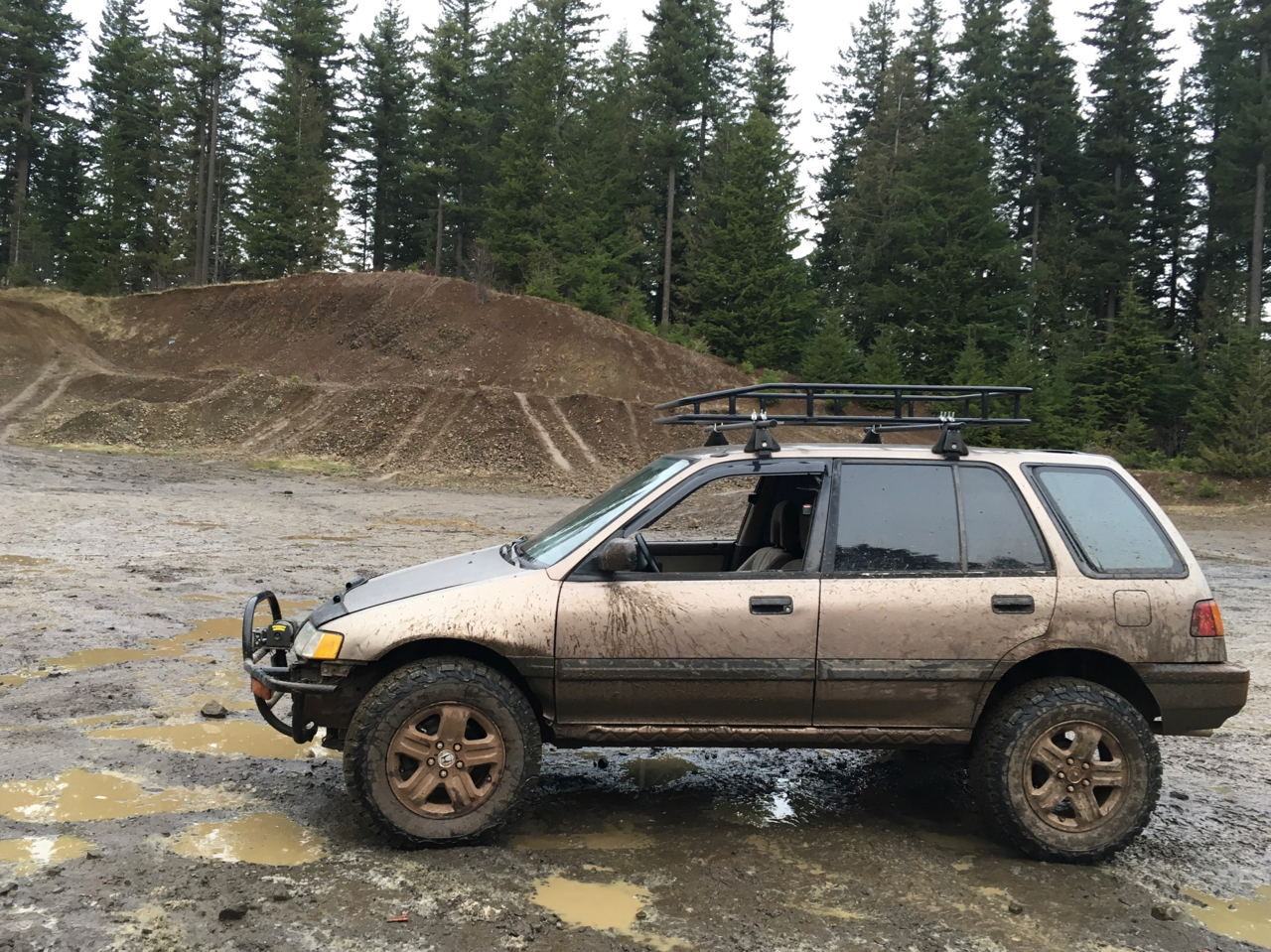